Experience the Innovation: Behind the Scenes at Tesla's Winter Proving Grounds

A few days ago I was out with my daughter and she said, ‘Have you seen this?’  We were in Starbucks sipping hot chocolate and it was freezing outside she turned on YouTube and we sat and watched the new video released by Tesla of the cars being tested in the snow in New Zealand.


This is a dream come to me because my favorite kind of Tesla videos are the ones with the cars drifting in the snow. So this article is going to feature some images from that and hopefully, you’ll enjoy reading it as much as I did writing it.


When it's hot in Texas it's freezing in New Zealand and Tesla tests software updates that are created in part by the team in the USA and are uploaded to the cars in New Zealand for testing.


Tesla shared a wide shot of the proving grounds, and they are magnificent in the below photo! 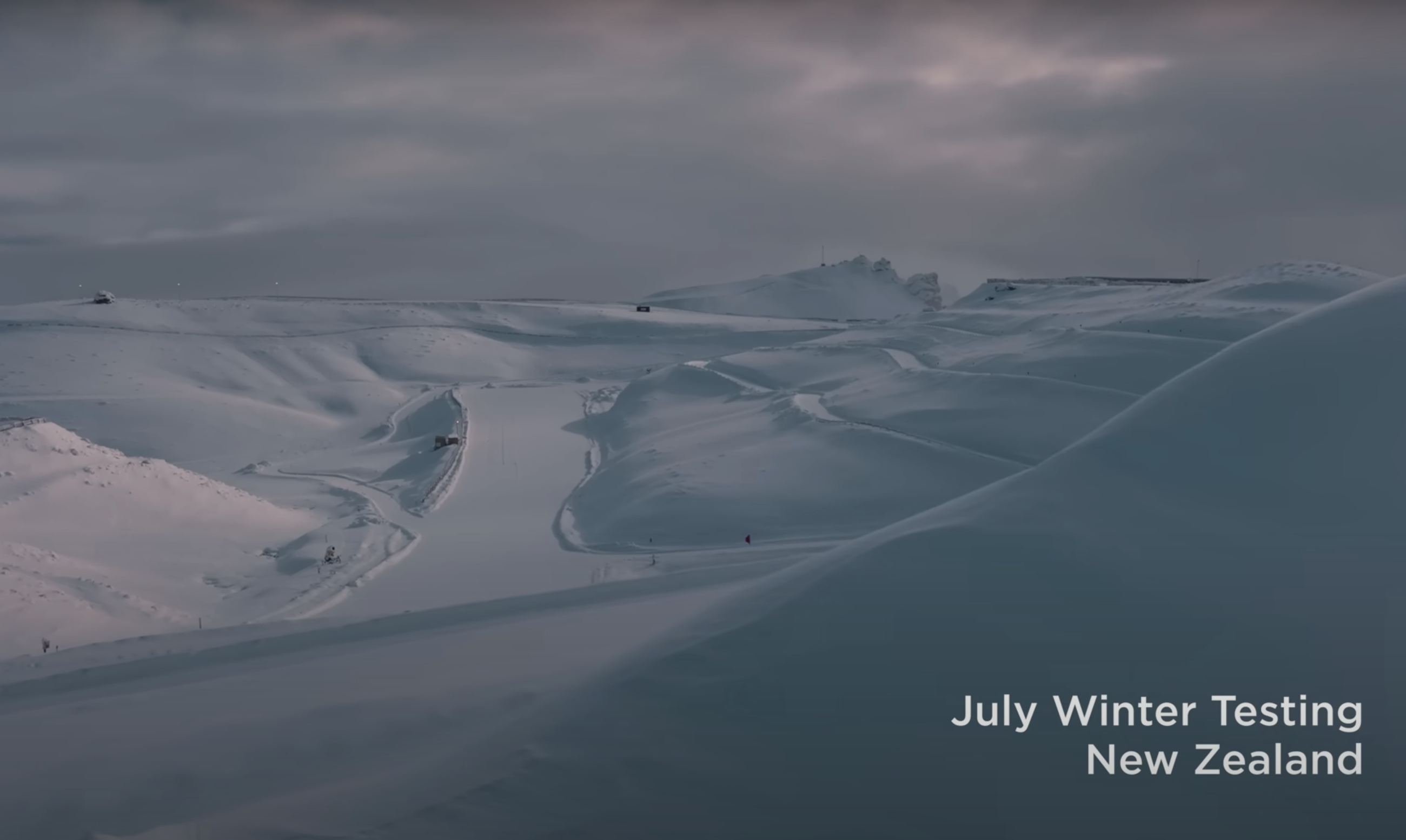 One Tesla engineer explains that he gets up at 5 am, works 12 hours, and is pretty much busy the whole time.   I know what that’s like.  Registered Nurses have a similar 12-hour schedule, and it is hard work.  These Tesla employees know they are doing work that will save lives and they were willing to share their thoughts in the video.  Here are a few of their comments,

“Where else are you going to find snow in July and August?  It's crazy! It's confusing for the body and it's always been that way. But it puts a smile on your face every single day.  No matter how many weeks you’re working here!” - Tesla engineer in a Texas Buc-ee’s shirt

“A day in New Zealand starts at 5 am. You wake up. You go go go as soon as you get here, we’re usually here from 7-7 and we’ll drive back with the data, compare the build to the next day and hopefully grab some dinner.” - Tesla engineers

“We go all over to test the cars to the extreme so that no matter where the customer takes the car the vehicles are going to be stable.” - Tesla engineer

“It’s super cool to talk to people in California, send that update halfway across the world, you go on top of a mountain and you test that update. That’s something that I’ve never experienced before.” -Tesla engineer

Here are some of the projects that Tesla worked on in July!

Tesla shared a rare behind-the-scenes look at how they test and improve vehicle performance in winter conditions.  Tesla engineers also shared their personal experiences and spoke about what it is like to do this kind of work.  I would say the best part about their job is taking the Model Y onto the proving grounds on a sunny day and having to test track mode on the snow hundreds of times!  Enjoy the video!

Gail Alfar, author, What’s Up Tesla. Published with permission by Scentwedge.  – January 1, 2023. All Rights Reserved. My goal as an author is to support Tesla and Elon Musk in both making life better on earth for humans and becoming a space-fairing civilization. Header image Courtesy Tesla, Inc.